Let us promote your website on all major Turkish Search Engines! 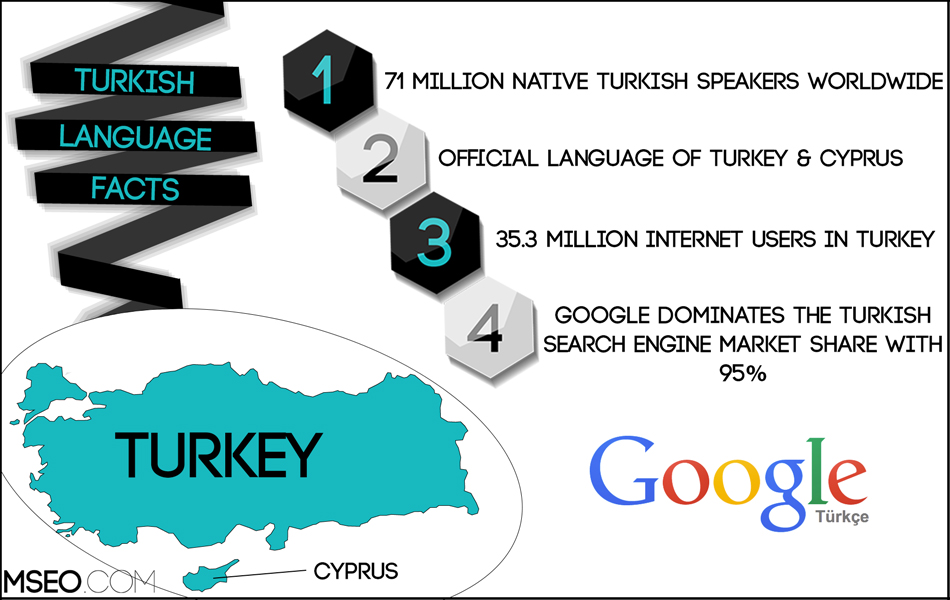 In order to be featured on Turkish search engines, it is necessary that your website is localized in Turkish, either partially or entirely. Turkish website localization refers to the process of translating your current website into Turkish, conducting Turkish keyword analyses, implementing Turkish SEO, and integrating the localized Turkish pages onto your website so that you can have eligibility to rank on Turkish search engines.

Contract our Turkish experts to create an entry page, multiple pages, or a full-website translation in Turkish for your website optimized with your Turkish keywords/meta tags. As a multilingual SEO company, our primary focus is to deliver culturally and semantically accurate translations while aiming to maximize organic-rankings of targeted foreign-keywords.

Turkish is the mother tongue of the people native to Turkey. Turkish is also spoken in Cyprus, Bulgaria, Greece, Republic of Macedonia and other countries of the former Ottoman Empire, as well as by several million emigrants in the European Union as well as in North America.

There is a high degree of mutual intelligibility between Turkish and other Oghuz languages such as Azeri, Turkmen, and Qashqai. If these are counted together as “Turkish”, the number of native speakers is 100 million, and the total number including second-language speakers is around 125 million.

Internet usage has experienced a tremendous growth in recent years, jumping from 2 million users in 2000 to over 35 million regular users in 2014, for Turkey alone.

The projected average GDP growth rate between 2011-2017 is 6.7% , thus making Turkey one of the fastest growing economies in the world. Turkey’s GDP currently ranks 17th in the world and Turkey is a member of G20 industrial nations which brings together the 20 most industrialized countries of the globe.

Get a quote to localize your website into Turkish today! 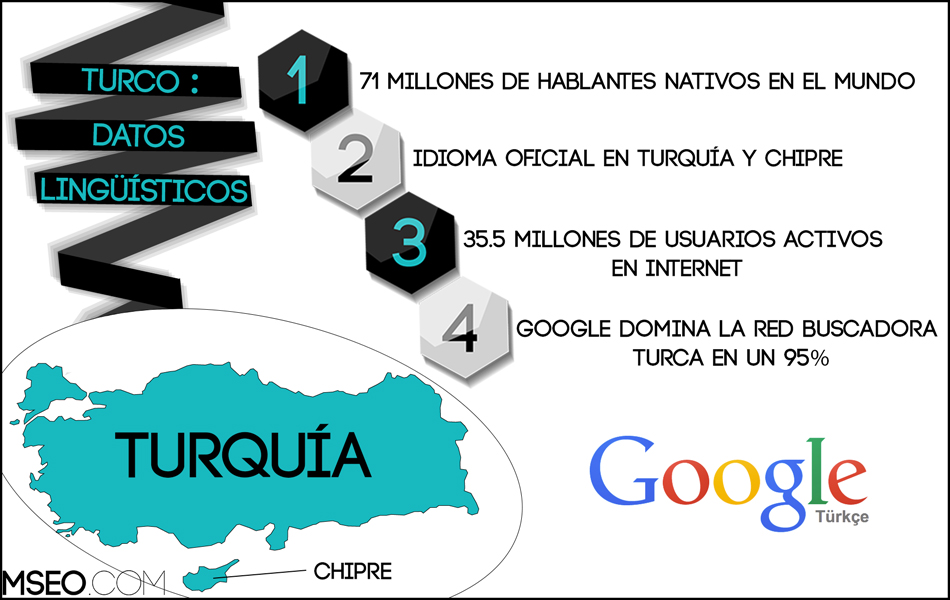