Let us promote your website on all major Swedish Search Engines! 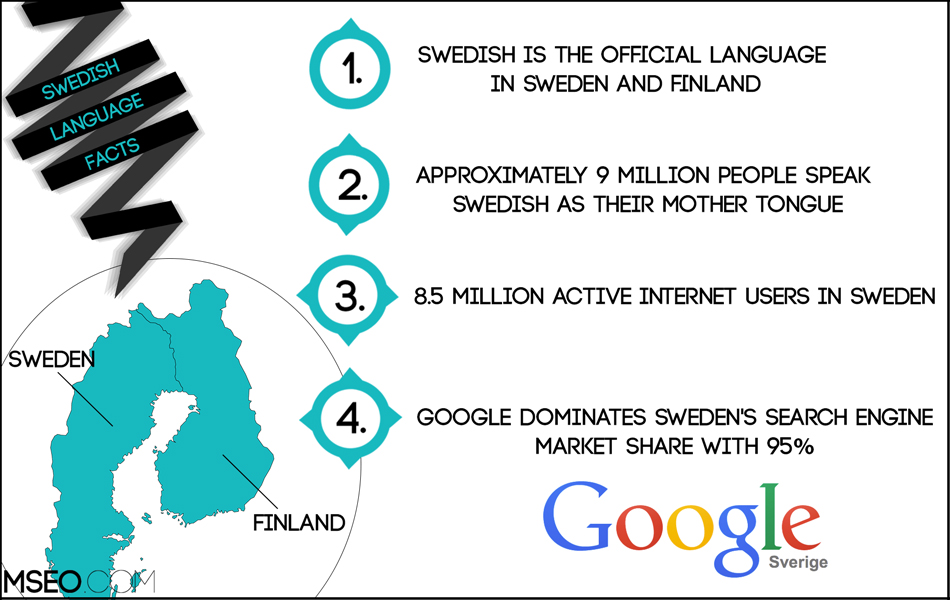 In order to be featured on Swedish search engines, it is necessary that your website is localized in Swedish, either partially or entirely. Swedish website localization refers to the process of translating your current website into Swedish, conducting Swedish keyword analyses, implementing Swedish SEO, and integrating the localized Swedish pages onto your website so that you can have eligibility to rank on Swedish search engines.

Contract our Swedish experts to create an entry page, multiple pages, or a full-website translation in Swedish for your website optimized with your Swedish keywords/meta tags. As a multilingual SEO company, our primary focus is to deliver culturally and semantically accurate translations while aiming to maximize organic-rankings of targeted foreign-keywords.

As the most spoken language in Sweden, Swedish holds a de-facto national language status but not an official language status. It is spoken by about 10 million people worldwide in countries such as Sweden, Finland, Norway, Brazil, Argentina, Estonia and the USA. In fact, the US alone accounts for roughly 300,000 speakers of the Scandinavian languages, which includes Swedish as well. Out of the 9.5 million Swedish-speaking people, there are over 8.4 million who access the Internet worldwide in Swedish. The Swedish language belongs to the Scandinavian sub-group of the Germanic branch of the Indo-European language family.

The Swedish language is also widely spoken in Finland where it holds an official language status, along with Finnish. It is spoken by about 290,000 people there. Though Swedish is not the official language of Sweden, it is spoken by almost all of its 9.5 million residents. Due to a position of peace and neutrality throughout the 20th century, Sweden enjoys a fairly stable economy with a skilled work force and a GDP of about 525.7 billion dollars. Although Sweden is a member of the European Union, the country has still not switched from its currency the Swedish Krona to the Euro. In addition, Sweden ranks the top fifth in the world for providing international aid and exporting weapons. The Swedish-speaking population represents an important factor in the Scandinavian markets, which in turn play a vital role in the European markets.

Get a quote to localize your website into Swedish today!