Let us promote your website on all major Polish Search Engines! 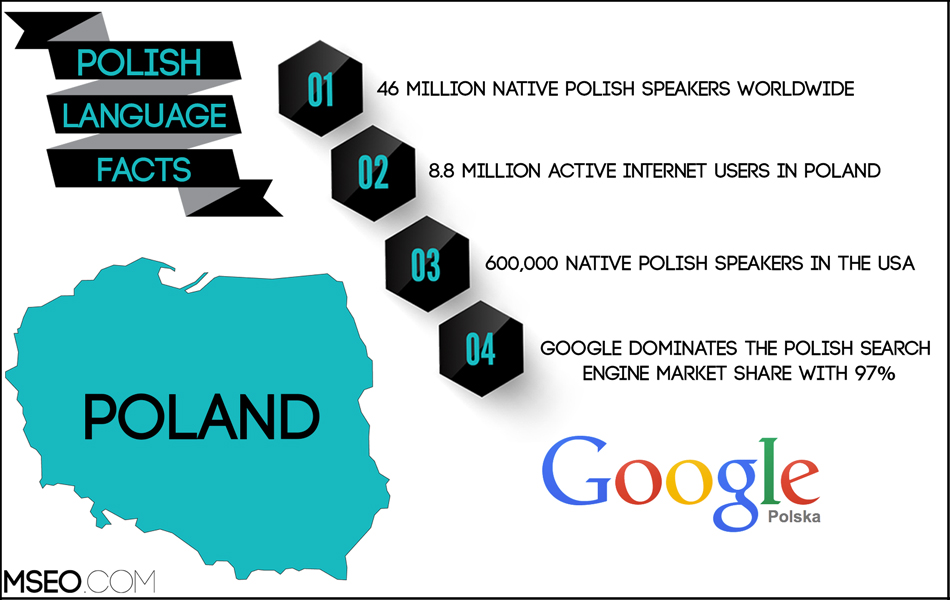 In order to be featured on Polish search engines, it is necessary that your website is localized in Polish, either partially or entirely. Polish website localization refers to the process of translating your current website into Polish, conducting Polish keyword analyses, implementing Polish SEO, and integrating the localized Polish pages onto your website so that you can have eligibility to rank on Polish search engines.

Contract our Polish experts to create an entry page, multiple pages, or a full-website translation in Polish for your website optimized with your Polish keywords/meta tags. As a multilingual SEO company, our primary focus is to deliver culturally and semantically accurate translations while aiming to maximize organic-rankings of targeted foreign-keywords.

Polish is the official language of Poland and is related to Czech, Slovak, and other Slavic languages. Polish is made up of a few dialects including Little Polish & Silesian, which are mostly spoken in the South and Mazovian & Great Polish, which are spoken mostly in the North. The Polish language is spoken by about 46 million people in about 20 countries worldwide including, Poland, Canada, UAE, USA, Latvia, Romania, Australia, Estonia, Finland, etc. In fact, in the United States there are over 600, 000 native Polish speaking individuals alone. Currently, the number of Polish speaking Internet users totals about 22 million worldwide.

Poland and the Polish speaking population represent a substantial portion of the European and International market. Poland has steadfastly pursued a policy of economic liberalization throughout the 1990s and today stands out as a success story among transition economies. Poland is a member of NATO, the European Union and the United Nations and holds a population of about 38.5 million. It enjoys a stable government and a fairly strong economy with a GDP of about 490 billion dollars. The Polish speaking population is spread across the world and offers great potential in terms of online business.

Get a quote to localize your website into Polish today!