Let us promote your website on all major Italian Search Engines! 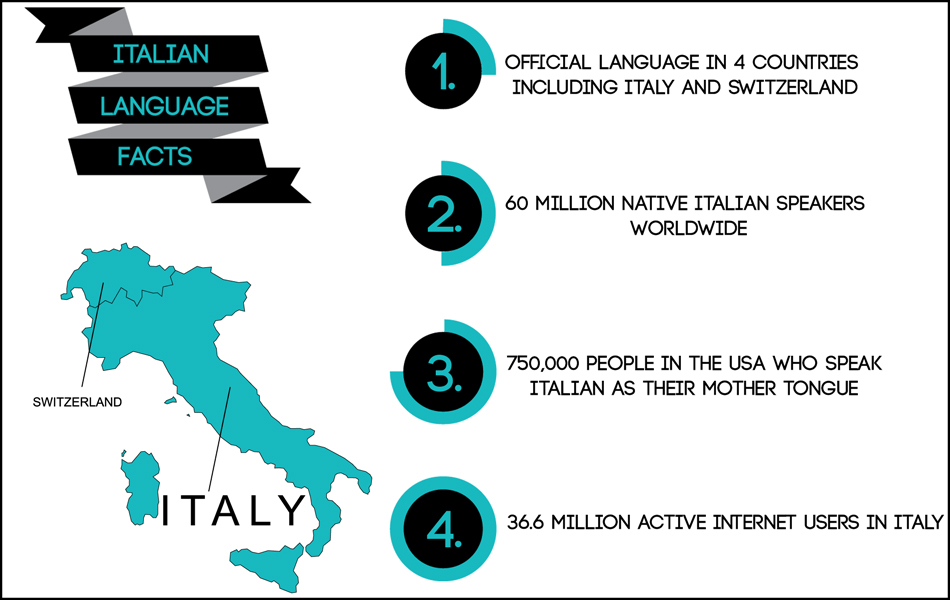 In order to be featured on Italian search engines, it is necessary that your website is localized in Italian, either partially or entirely. Italian website localization refers to the process of translating your current website into Italian, conducting Italian keyword analyses, implementing Italian SEO, and integrating the localized Italian pages onto your website so that you can have eligibility to rank on Italian search engines.

Contract our Italian experts to create an entry page, multiple pages, or a full-website translation in Italian for your website optimized with your Italian keywords/meta tags. As a multilingual SEO company, our primary focus is to deliver culturally and semantically accurate translations while aiming to maximize organic-rankings of targeted foreign-keywords.

The Italian language is the official language in 4 countries and spoken by over 85 million people all over the world but primarily in Italy. Italian is known as a “romance language”, derived from antique Latin like Spanish and French. The Italian language is heavily linked with art history and music theory, as many famous artists originated from Italy. Italian is the official language of Italy and part of Switzerland as well.

When it comes to business, it is one of the major six languages in the European Union and is fairly present in business affairs not only in Europe but globally. Italy represents the highest number of Italian native speakers and therefore represents the Italian markets the most. There are over 60 native Italian-speaking people worldwide with about 30 million active Italian-language users on the internet within Italy.

Italy and the Italian-speaking population hold an important place in today’s modern economy and represent a significant part of the European community. In addition to its role in the European community, Italy is present in numerous international organizations, global business affairs, global decision making organizations, etc. When turning to the international markets, it is extremely important to include Italy and the Italian speaking population.

Get a quote to localize your website into Italian today!