Let us promote your website on all major Indonesian Search Engines! 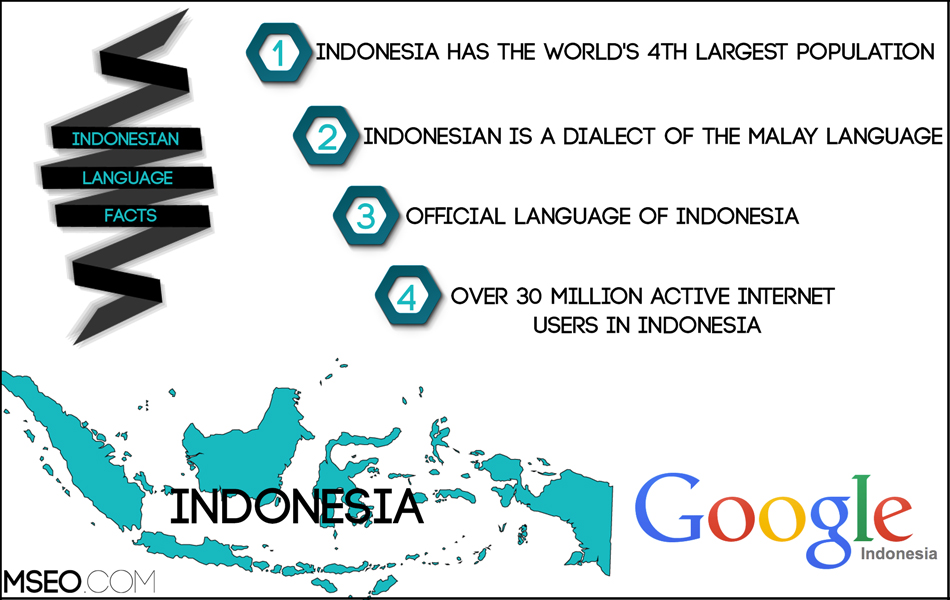 Contract our Indonesian experts to create an entry page, multiple pages, or a full-website translation in Indonesian for your website optimized with your Indonesian keywords/meta tags. As a multilingual SEO company, our primary focus is to deliver culturally and semantically accurate translations while aiming to maximize organic-rankings of targeted foreign-keywords.

Indonesian (Bahasa Indonesia) is the official language of Indonesia. Indonesian is a standardized dialect of the Malay language that was officially defined with the declaration of Indonesian independence in 1945, and the two languages remain quite similar.

The language is spoken fluently as a second language by most Indonesians, who generally use a regional language (examples are Minangkabau and Javanese) at home and in their local community. Most formal education, as well as nearly all national media and other communication, are in Indonesian. In East Timor, Indonesian is recognized by the constitution as one of the two working languages (the other is English).

Indonesia, officially the Republic of Indonesia, is a nation of 17,508 islands in the South East Asian Archipelago, making it the world’s largest archipelagic state. With a population of over 246 million, it is the world’s fourth most populous country and the most populous Muslim-majority nation. Its capital is Jakarta.

Get a quote to localize your website into Indonesian today!