Let us promote your website on all major German Search Engines! 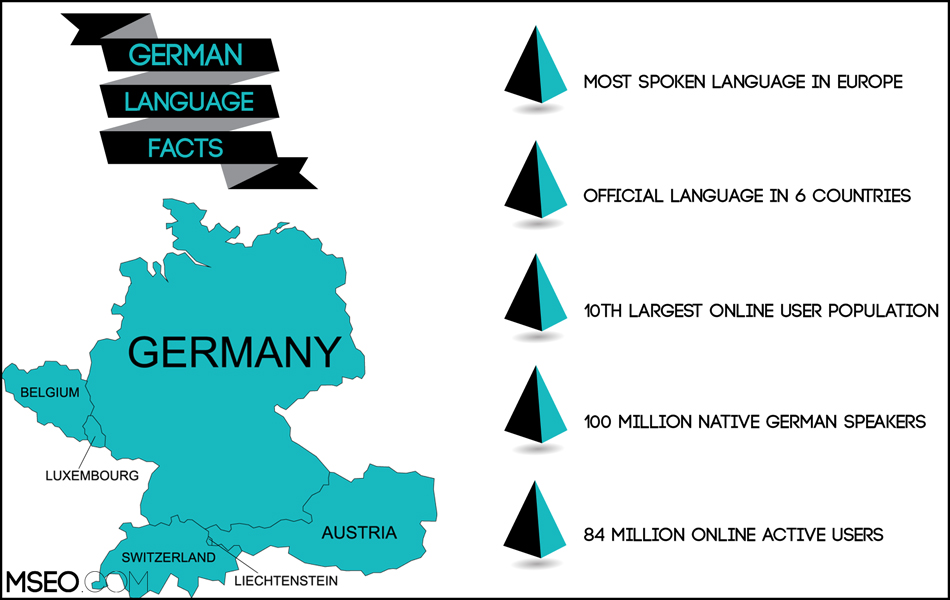 In order to be featured on German search engines, it is necessary that your website is localized in German, either partially or entirely. German website localization refers to the process of translating your current website into German, conducting German keyword analyses, implementing German SEO, and integrating the localized German pages onto your website so that you can have eligibility to rank on German search engines.

Contract our German experts to create an entry page, multiple pages, or a full-website translation in German for your website optimized with your German keywords/meta tags. As a multilingual SEO company, our primary focus is to deliver culturally and semantically accurate translations while aiming to maximize organic-rankings of targeted foreign-keywords.

An estimated 100 million people speak German as a first language in countries such as Germany, Austria, Liechtenstein, Luxembourg, Switzerland, parts of Belgium, Eastern France and Northern Italy. It is also widely spoken throughout the world by some 20 million non-native speakers and competes with Spanish, French and English as the most often chosen second language learned. In the United States, there are about 1.2 million native German-speaking individuals. German is actually the fourth most commonly used language in Europe after English, Spanish and Russian. Although, the German language varies from region to region, it remains relatively the same except for some pronunciation and vocabulary differences.

German is spoken primarily in Germany, a country that possesses one of the strongest economies in the world, and where the majority of the people are highly trained individuals who hold important degrees and qualifications. In fact, Germany is also one of the world’s largest exporters and is home to many international corporations. The German speaking population holds a firm position on the Internet sector as well with almost 84 million people using the Internet in German worldwide (as of November 2015). The German-speaking population all together in Germany and internationally is very present in global business affairs, international organizations, technological applications, Internet affairs, etc. For companies wishing to reach foreign markets, the German-speaking markets are essential.

Get a quote to localize your website into German today!