Let us promote your website on all major Finnish Search Engines! 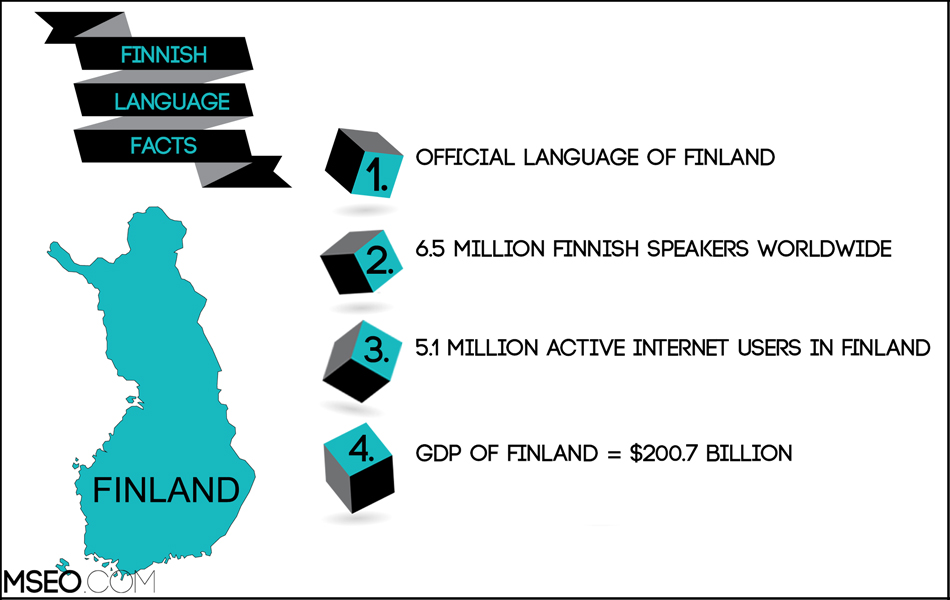 In order to be featured on Finnish search engines, it is necessary that your website is localized in Finnish, either partially or entirely. Finnish website localization refers to the process of translating your current website into Finnish, conducting Finnish keyword analyses, implementing Finnish SEO, and integrating the localized Finnish pages onto your website so that you can have eligibility to rank on Finnish search engines.

Contract our Finnish experts to create an entry page, multiple pages, or a full-website translation in Finnish for your website optimized with your Finnish keywords/meta tags. As a multilingual SEO company, our primary focus is to deliver culturally and semantically accurate translations while aiming to maximize organic-rankings of targeted foreign-keywords.

Finnish is considered the official language of Finland and is equal in status to Swedish, another official language of Finland. Over 6.5 million people in around 7 different countries including Finland speak Finnish. In fact, the US alone accounts for roughly 300,000 speakers of the Scandinavian languages, which includes Finnish as well. Worldwide, there are over 5.1 million Finnish-speaking people who access the Internet in 2014. The Finnish language belongs to the Finno-Ugric sub-group of the Ural-Altaic language family and is closely related to Estonian and Saami.

For decades now, Finland has had a highly industrialized, largely free-market economy with a per capita output equal to that of other western economies such as for example Sweden, UK, France and Germany. Finland’s population of about 5.4 million people enjoys a GDP per capita of about $45,723 dollars and a total purchasing power parity GDP of about 200.7 billion dollars. Finland’s economic success is due to the manufacturing sector and it’s exports account for about 1/3 of the GDP. Finland’s economy is expected to increase with the rise of the European economy since it is a member of the European Union and uses the Euro currency. The Finnish speaking population offers great potential for online business and should definitely be considered when accessing the online European markets.

Get a quote to localize your website into Finnish today!